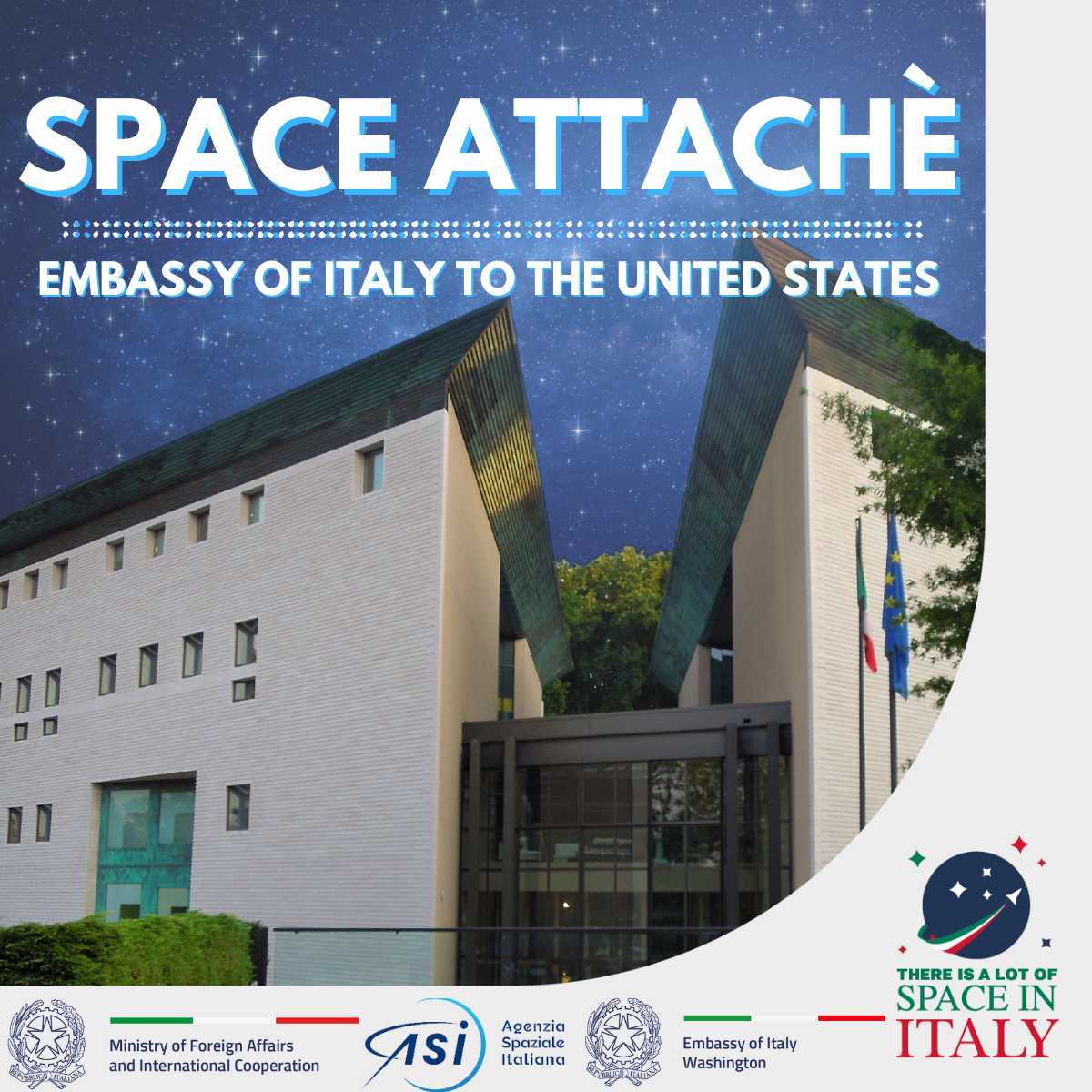 The position of Space Attaché was first created at the Italian Embassy in Washington on December 23, 2011, with the signing of 📜 Memorandum of Understanding between the Agenzia Spaziale Italiana and the Ministero degli Affari Esteri e della Cooperazione Internazionale. In July of 2021, Colonel Aniello Violetti was named the new Space Attaché at the Italian Embassy to the United States in Washington, D.C.

To coincide with Italy’s intensified collaboration on human and robotic deep space exploration efforts, Italian Space Attachés have helped secure and bring the following projects to fruition over the years:

– Bilateral Framework Protocol on the Promotion and Development of Collaboration in the Space Sector (2013);

– Memorandum of Understanding between NASA – National Aeronautics and Space Administration and 🤝#ASI on the use of COSMO-SkyMed satellites (2015);

– Memorandum of Understanding 📜 between the Federal Aviation Administration and ENAC – Ente Nazionale per l’Aviazione Civile and #ASI on Commercial Space Transportation (2016);

– Agreement 🛠 between Angel Company and Virgin Galactic on space transport (2018);

– Agreement on Suborbital Flights between #VirginGalactic and the Aeronautica Militare (2019);

– Joint Declaration between Italy and the United States on Human Space Exploration, followed by the signing of the ‘Artemis Accords’ with #NASA aimed at returning to the surface of the Moon 🌙 (2020).

Italy’s newest aerospace efforts were carried out with the United States and partners in the European Space Agency – ESA. All parties are aware of the positive externalities that will come from the New Space Economy💱.

The #ITA Office of #Houston is proud to support Italy’s aerospace mission in the United States by continuously promoting Italian companies of all sizes through the 🚀“𝗧𝗵𝗲𝗿𝗲 𝗶𝘀 𝗮 𝗟𝗼𝘁 𝗼𝗳 𝗦𝗽𝗮𝗰𝗲 𝗶𝗻 𝗜𝘁𝗮𝗹𝘆”🛰 campaign.